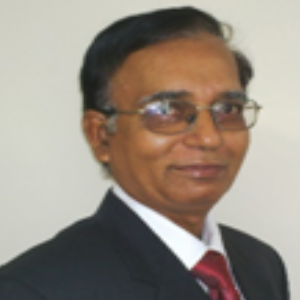 S. JAWAHAR is a result oriented person with comprehensive academic experience. Heis aspiring for making a substantial contribution to the field of education by hard work and willingness to learn new methodologies in teaching and making best use of technologies advancement in the field and excel in it to the satisfaction of peers and students. Experienced in teaching commerce courses for more than 29 years at various institutional levels.

Presented a paper on“EducatiionalTecnology of commerce in the next Millennium.” in the UGC sponsored state level seminar on Commerce Education held on 23rd and .24th September 1999 at Arignar Anna Govt. Arts College Cheyyar.

Participated in the International Seminar and presented a paper on Corporate Governance Mechanisms on 3rd& 4th of April 2009 at Dr MGR Educational And Research Institute University Maduravoyal, Chennai 600 095.

Participated in the International conference and presented a paper on ‘Enhanced Changes In Corporate Environment ‘ on 29th September, 2014 at Mohamed Sathak College Of Arts And Science

Participated in the UGC Sponsored State Level Seminar on ‘Banking In (On) The New Millennium’ on 16th March 2001 D.G.Vaishnav College Chennai – 600 106.

Participated in the National Seminar on FDI In India –Issues & Challenges on 8th and 9th February 2012 at The New College(Autonomous),Chennai

Participated in the National Seminar Sponsored by AICTE onForeign Direct Investment on February 2014 at Mohamed Sathak College Of Arts And Science Chennai 600 119.

Attended the one day workshop on ‘Quality Initiatives in Testing and Evaluation Techniques in Commerce and Management’held at M.O.P Vaishnav College For Women On Saturday February 15, 2014

Attended the one day workshop on ‘Highlights Of The Companies Act- 2013’on 30thSeptember 2016 held at Guru Nanak College,(Autonomous) Chennai -600 042.

Attended the one day faculty development program on ‘The Power of Now’ on 5th February 2019 at women’s Christian College Chennai.

“Savings & Investment Habits of Employees Working In the Software Industry in India January 2013.